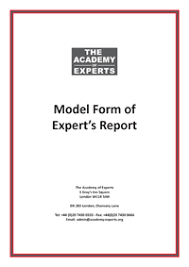 CPR 35 and the family and criminal equivalents are quite clear: the expert has an overriding duty to the court, irrespective of who instructs them or by whom they are paid.  That seems quite straightforward, and the vast majority of experts (including me, I fervently hope!) are very careful to meet such requirements.

But for a blatant example of the “expert” who failed in every respect, one need only look at the case of Van Oord Ltd & Anr -v- Allseas UK Ltd [2015] EWHC 3074 (TCC), where Mr Justice Coulson took pains to explain the twelve – yes, twelve! – respects in which an expert had failed in his duty.  They included:

So with experts of such low calibre, where is the litigation lawyer to find reliable experts?

In an article by Phillip Taylor MBE about the Expert Witness Institute (EWI), he referred to that body as “the leading organisation for expert witnesses in England and Wales” (my emphasis).

I agree with him that the EWI is “a” worthy body, doing a very worthwhile job of increasing the calibre (and therefore the value to the court) of expert witnesses, but I disagree with his pronoun “the”.  The fact is that other expert witness bodies are available (to misquote marketing spiel), and I ask the reader to consider these facts about The Academy of Experts, of which I can say with pride that I am one of only about 60 fellows, and where I sit on the Investigation Committee and act as an examiner in mediation and expert determination.  So, as you may deduce, the Academy is dear to my heart.

Now, in selling a product or service, many people fall into the trap of setting out features rather than benefits.  To distinguish one from the other, it is useful when being told of a feature to say “So what?”  The answer leads one to the benefits.  And the benefits of using an expert from The Academy are that one can be assured:

Now the litigation lawyer is aware of two excellent expert witness bodies.  I couldn’t possibly say which I prefer, but you do now have the choice.

Read next blog ‘The Sturm Und Drang Of Partnerships’