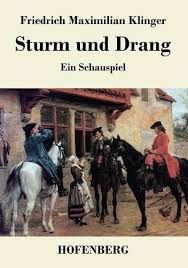 “Partnership is the relation which subsists between persons carrying on a business in common with a view of profit.” – Partnership Act 1890, Section 1(1).  Sounds easy, doesn’t it?  A group of like-minded people putting all their skills and enthusiasms into running an enterprise – a legal practice, say – and sharing the fruits of their efforts.

If it works, it can be very satisfying and remunerative.  If not – if the partners put more effort into Storm and Passion than into earning fees – it can be an expensive disaster.  I’ve seen both, as a partner and managing partner myself, and as a mediator, expert determiner and expert witness. When things go wrong they can be horrible, and the partners can end up destroying the very business over which they are fighting.

In this article we look briefly at how to avoid difficulties in future, and what to do if things go wrong.

Preaching the obvious, every partnership should have a written and legally binding partnership agreement.  Identify the partners, their titles and functions, their responsibilities, voting procedures, majorities necessary for certain decisions, and so on.  I was once in an old-established partnership where the agreement required a 100% vote both to admit and to dismiss a partner; a pathetically inadequate partner could not be required to leave because turkeys don’t vote for Christmas.  That was plainly stupid.  And it is surprising how many practices have an agreement that was never signed or even completed.  As solicitors well know, a partnership agreement does always exist, whether in the form of a written agreement, a verbal agreement or as evidenced by the custom and practice of the partners; and a written agreement may be changed by the actions of the partners.  But the written agreement should cover all eventualities, and it should be amended in writing when circumstances change.  Stating the obvious, a verbal agreement isn’t worth the paper it’s (not) written on.

When all is sweetness and light – a group of people setting up together, or a new partner being admitted to an established firm – make sure you deal with the awkward subjects: is goodwill to be valued?  How?  If groups of clients are to be taken over, how are they to be valued?  How to value debtors and WIP on a dissolution?  Is the partnership to be for a fixed period?  Is there to be a barring out term imposed on a partner who leaves?  What about gardening leave?  Is there to be a fixed retirement date (take care with age discrimination)?  Who takes on each existing member of staff, and their TUPE responsibility?  and so on.

It is also worthwhile to have a dispute resolution clause in the agreement.  These are commonplace in, for instance, a company share/purchase agreement, so why not in a partnership agreement?

If a partnership does go wrong, what next?  With a good partnership agreement and a DR clause, it may be relatively easy to bring matters to a conclusion, and that is so important: the partners have responsibilities to their clients, their staff, their families and their own professional reputation and financial well-being.  So any dispute between partners should be resolved promptly and confidentially.

Here are examples from my own experience of how to deal with partnership disputes, and how not to.

The first is a bad one.  In a 3-man legal firm, the senior partner had retired and the amount of his entitlement could not be agreed.  As well as the usual arguments over goodwill and WIP, the values of the law library, the computers, the boardroom furniture were all at large.  The partners appointed a very senior arbitrator, but his fees were almost as much as the amounts being argued, and his award dealt merely with matters of principle.  I was then appointed to make an expert determination of the quantum of each item in dispute.  Thus matters were concluded, but at substantial expense, and my impression was that the dispute could have been settled at a mediation, in a day, two years earlier, and at about one-tenth of the cost.  Or I could have dealt with the whole matter as an expert determiner, without the need for an expensive lawyer as arbitrator.

Example two started badly, but got better.  In a 7-man accountancy practice, one partner had simply left without notice and taken a group of clients and some key staff.  Litigation had started, and I was appointed as SJE to express my opinions on goodwill, debtor and WIP values.  I had to take oral submissions from all parties.  I developed such respect from the parties that I felt confident I could help them to settle if I acted as their mediator.  Solicitors on both sides were interested, but nervous that, if the mediation failed, they would have to start again with a new SJE, since a mediator cannot take part in any subsequent litigation.  So instead I was appointed expert determiner, I was able to issue a determination of goodwill, debtor and WIP values etc, and so the dispute was resolved, speedily and relatively cheaply.

The third and final example worked well.  I was in a regional practice and we planned to merge into a national practice.  The deal-breaker was that one of our partners didn’t fit into the national firm’s strategy but wasn’t prepared to walk away.  Our managing partner asked me what we should do.  As a then freshly-qualified mediator, I told him that mediation was the answer.  It worked: all partners but one joined the national firm, and the one left behind was given his clients and WIP on easy terms, a period of rent-free office space, and so on.  He was so pleased with the deal that he then qualified as a mediator himself!

So to conclude: partnerships are a huge power for good, but not if they go wrong.  Take the most careful steps to agree a set of rules at the outset and stick to them.  But if things go wrong, it can be very difficult negotiating with your erstwhile friends, and it is sensible to enlist the help of an independent professional – mediator, early neutral evaluator, expert determiner – whom all sides respect.