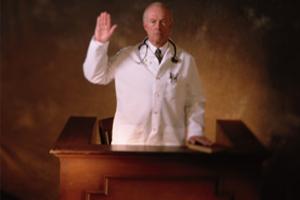 A couple of years ago, I had the doubtful privilege of giving a blatant example of the “expert” who failed in every respect.  The case was Van Oord Ltd & Anr -v- Allseas UK Ltd [2015] EWHC 3074 (TCC), where Mr Justice Coulson took pains to explain the twelve – yes, twelve! – respects in which an expert had failed in his duty.  They included:

So with experts of such low calibre, where is the litigation lawyer to find reliable experts?

Well, it seems that the Crown Prosecution Service needs help in this respect.

In May 2019, Steven Sulley and seven others were accused of fraud in selling voluntary carbon credits (and diamonds) to more than 70 victims, many of them vulnerable pensioners.  Those investors lost £3.5million.  The crux of the fraud charges was that there was no market in voluntary carbon credits, so the victims had been sold “investments” which could not be realised.

The expert witness for the prosecution was one Andrew Ager, who it emerged (1) had attempted to dissuade the defence expert, Dr Marius Cristion Frunza (who holds a PhD from the Sorbonne) from giving evidence.  This is serious, but Mr Ager’s other failings included:

The City of London police, similarly, had no notes of meetings with Mr Ager and no record of the material they had passed to him.  This is particularly worrying after the repeated difficulties of the CPS under Alison Saunders of failure to disclose evidence, helpful or not.  The watchword of any professional, including prosecuting authorities and their experts, is:

This is very basic stuff, and both the police and Mr Ager had fallen far short of the standard required.

At Southwark Crown Court Mr Justice Nicholas Loraine-Smith directed the jury to return not guilty verdicts, and the eight accused walked free.  And the CPS said they had removed Andrew Ager from their list of approved experts.  So that’s all right, then.

But was this a victimless crime?  Of course not; many of the victims had invested their life savings in a scam.  And did it end there?  Certainly not.  It emerges that the same expert, Andrew Ager, had been the prosecution’s expert witness in some 20 previous trials, so all of those where convictions had been achieved would now have to be reviewed.  And that means that far more than the 70 victims in the current case may find that those who have taken away their savings will not be punished.

The moral is clear, and the CPS failed miserably in following it: choose your expert with care.  This is an extreme example, but an inadequate expert can destroy the good work of the lawyer. I recognise that the world may not be over-endowed with experts in voluntary carbon credits, and some other esoteric subjects may cause difficulties; but for many subjects experts are readily available, and there can be no excuse for instructing professionals who may be good at their job, but who do not know how to be an expert: how to write an expert report, hold a meeting of experts, advise on Part 36 offers, and conduct themselves correctly at court.

May I be permitted to provide a couple of hints?

For forensic accountants who have been vetted by ICAEW, go to the ICAEW website. There are only about 100 of us, out of 140,000 chartered accountants, who have reached this high standard.

For experts in many fields, use the “ExpertSearch” service at The Academy of Experts.

And for some light relief and some interesting war stories, you could always have a look at the videos on this website!

Read next blog ‘Musings Of A Modest Mediator’