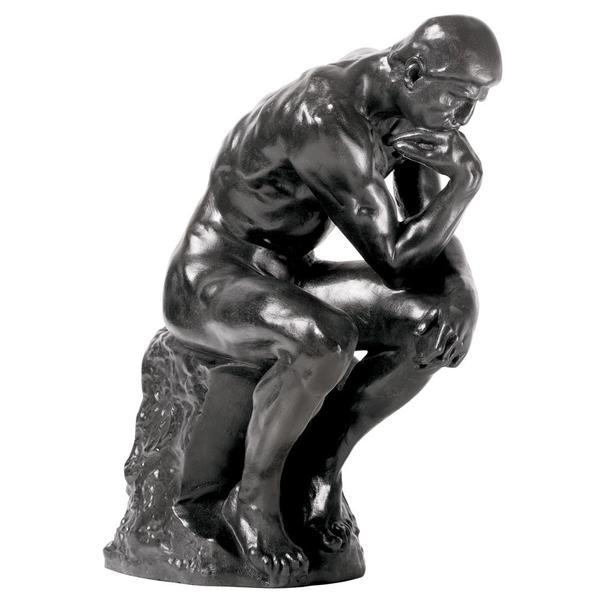 Last year I completed my one hundreth mediation (it’s 112 to date, at 80% settlement rate).  Now, a century may not be a huge number compared with those QCs who do nothing else, but it is a modest landmark, and it got me thinking about where I’ve come from, how I got where I am now, what I’ve learned, and how much good I may have been able to do for others along the way.  And if what follows is of modest value to you, dear reader, then I’m content.

I qualified as a mediator twenty-one years ago – how time flies!  It seemed the natural thing to do, after I’d attended all the expert witness courses at The Academy of Experts and, as good luck would have it, this was when Lord Woolf was following his Access to Justice agenda, and just nicely before April 1999 when the Civil Procedure Rules were introduced.  Under Part 1 of CPR judges now had a duty to encourage and facilitate ADR, so everyone in civil litigation would see a mediator instead of pursuing formal litigation, and the courtrooms would be empty.  What a time to be born on this glorious dawn!

Did it happen?  Well, not really!  In fact, my phone didn’t ring for the first few years, but that wasn’t too important because I was very busy as a forensic accountant and expert witness, which continues to be the case.  So the first lesson I learned was that mediation is not a career (unless you are one of the 65 mediators in England who do 65% of the mediations each year) so don’t give up your day job!

The challenge is to know how to get going, and I had expected that the first job might come from one of the mediation groups I had joined.  It finally happened, but only when a solicitor I knew asked one of these groups to find them a mediator, the first two had conflicts, they then said could they have Chris Makin because they knew he was a mediator, and the group found that they had forgotten to put me on their list!  So the second lesson is to check whether the groups you join have remembered you.

The first few mediations were accountancy based: partnership, fees, shareholder disputes and the like.  I was chosen because I was a mediator and an accountant; solicitors and their parties thought they would need someone with specialist knowledge.  To an extent they were right; for instance, in a partnership dispute I normally set up a spreadsheet to answer the “what ifs” – what if I agree to my partner taking out the freehold property at £x? -what if we agree to vary the profit share ratio from 50:50 to 45:55? and so on.  My spreadsheet can quickly calculate the financial effect of agreeing (or not) certain matters.  But whilst specialist knowledge helps to gain appointments it is not too important in the mediation; a solicitor may want to appoint an accountant mediator for a partnership dispute, but most parties just want to get things off their chest, and after that it’s largely a matter of finding an accommodation which the parties can live with.  So the third lesson is that parties don’t need a specialist mediator so much as a social worker; learning to listen and empathise is much more important than being able to understand all the technicalities of the case.

If that were not so, then I would not have been able to mediate cases concerning defective premises, boundaries, rights of way, probate, planning permissions, construction projects, legal professional negligence, etc.

With a good range of subjects under your belt, you can be known as a mediator per se.

The next challenge was how to develop a good flow of appointments, because it is not enough to rely on leads from directories or adverts.  I write to solicitors as often as I can, usually with some update to show that I am keeping up with developments, and I talk mediation to whoever I meet.  I also try as often as I can to get in front of groups of lawyers and give them a free talk on mediation.  It’s surprising how many litigation lawyers have never done a mediation.  Lesson four: never miss the chance to tell the world that you are a mediator.

My website –www.chrismakin.co.uk – is a good marketing tool; that’s lesson five.  It includes simple hints on what mediation is, how to arrange one, how to prepare for one, what happens on the day, and so on.  I even include videos.  I suggest that lawyers draw their clients’ attention to it, knowing that the lawyers who are unfamiliar with the process will have a peep for themselves.

So what does happen on the day?  Lesson six: you never know.  Both (or all) sides will normally have submitted a position statement and supporting documents, and of course one has to read them carefully; but it is surprising how often things come out in the private meetings which were not mentioned at all in the papers.  The mediator must be on his/her toes, listen carefully, and use whatever becomes available.  One example will suffice: I had a mediation between mother and son where the son accused his own mother of diverting £274,000 of cash takings to herself.  The son attempted to prove it by compiling capital and income statements, as might a tax inspector when investigating a taxpayer.  A son-in-law who came along for moral support happened to be a tax manager at a firm of accountants.  I asked him to sit in a separate room and mark his brother-in-law’s “homework”.  The errors found narrowed the gap between mother and son considerably, which led to a settlement.   So use what you have, but listen carefully to pick up the clues.

Lesson seven is to be kind to one’s fellow mediators.  There still aren’t enough mediations around, so I always try to take along a co-mediator, who will participate in the mediation for no fee – Buy One, Get One Free!  Mediators are always keen to accumulate “flying hours”.  It is an act of generosity to give them that opportunity, but it pays dividends, too.  I have received several mediations and forensic assignments from lawyers who were happy to come along just for the experience.

The next lesson I have learned is that parties are truly relieved when the case settles on the day.  Litigation is like dancing with a gorilla: the dance stops only when the gorilla chooses to let go.  But with mediation the parties are in charge, and mediation is probably the last chance they will have to stop the dance.  When a case settles, there is a huge sense of relief, sometimes followed by a puzzled look when parties start to wonder what to do with all their spare time now that the dance has stopped.

Lesson nine is that parties really can reach an agreement which a judge could never order.  In litigation, with minor exceptions the judge can only make a finding that A will pay £X to B by a certain date; with argument over who will pay the costs, though the loser still normally has to pay.  So there is a victor, and a lot of blood on the carpet for the loser.

In mediation, virtually anything legal can be agreed between the parties.  In a defamation mediation an ex-employer had given a damning reference, and regretted it; the ex-employee sued.  I settled the mediation when the employer resiled from the reference and wrote a new one during the day, agreed paragraph by paragraph with the ex-employee, who was then able to re-apply for the job she craved.  A judge could never have ordered a new reference.

In another case, a dispute over purchase of a business was going nowhere.  The purchaser wished to exercise an option to buy a freehold factory worth £600,000, on which the 4% stamp duty would have been £24,000; except that the option was in favour of the purchaser’s company, whereas he wanted his pension fund to buy the factory.  The purchaser would have had to have his company exercise the option – stamp duty £24,000 – and then the company would have had to convey the property to the pension fund – another £24,000.  The case settled when the vendor agreed that the option clause could be amended, so that the factory could be bought directly by the pension fund.  That saved £24,000, which was a big enough concession to enable the parties to settle all their differences; and it cost the vendor nothing.

Which leads me to lesson ten, the most important of all: look for the gold dust.  In almost every case there is something which one side can afford to give up at minimal cost, but which the other party values highly: in the cases above it was the employer’s reference, or the stamp duty saved.  The mediator must be patient and listen to all the high emotion between the parties – let the bile spill out – but be alert to the clues which might lead to settlement.  It is easy to encourage the habit of saying yes, if one side is losing nothing and the other side is gaining a lot.

There is just one more lesson to mention.  Most mediations settle, and I tell the parties that they have made the right choice in agreeing to mediate; also that everything is in confidence, so it cannot be used in any later court hearings.  But for the small minority of cases which fail to settle, there is still value because the parties will have learned a great deal about the other, and that knowledge so often results in a well informed Part 36 offer, or a without prejudice discussion which leads to settlement.

So is mediation a satisfying experience?  Absolutely!  The satisfaction of bringing together warring parties, especially family members or business partners, is enormous.  The more often I can bring the gorilla dance to an end, the happier I feel.  So if you want a really keen, experienced and helpful mediator, bring it on!

Read next blog ‘Mediation: How To Serve Your Client Best’