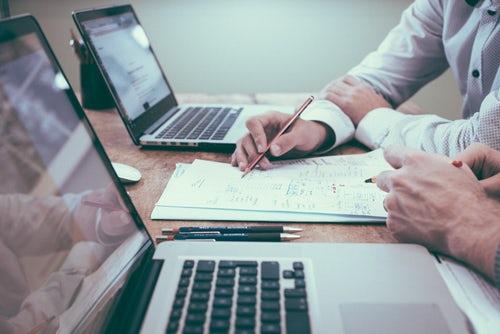 A standard step in the proceedings?  Yes, of course.  Pure routine?  Absolutely not!   A meeting of experts can make or break a case, and can destroy months of lawyers’ work in an afternoon.  This is where your chosen expert shows his/her true mettle, and earns his fee.

If you are sharp-eyed (and which lawyer is not?) you will have noticed two things.  Firstly, I am talking about meetings of experts, whereas the rules talk about discussions between experts – it isn’t necessary for a face to face meeting to occur.  And secondly, the typical order above requires there only to be reasons for failure to agree.  The Criminal Procedure Rules talk about reasons for agreement as well as disagreement, which is an interesting idea.  But we must be talking here about the Civil Procedure Rules (CPR), so let us stay with CPR.

So we have had exchange of witness statements, and then of expert reports, and a meeting has been ordered.  What does the expert do then, poor thing?  The answer is three words: preparation, preparation, preparation.  For the expert this meeting is just as important as the trial.  Why?  Because the joint statement, setting out what has been agreed, and specifying why the experts have not agreed other issues, is intended to shorten the list of issues to be tried; if the experts are not in contention, what is the point of airing all the arguments again in open court?

Yet here we have a contradiction: although the experts might agree something, and although that may shorten the trial, “Where experts reach agreement on an issue during their discussions, the agreement shall not bind the parties unless the parties expressly agree to be bound by the agreement.”  CPR 35.12(5).

Tricky, eh?  The experts are ordered to set out in writing what they have agreed, yet the parties are not to be bound by it.  Why?  Because the experts can discuss matters only within their own science (Foulks –v- Chard [1783]) and must not agree something which counsel may wish to argue.  They are not there to “knock up a deal”.  And this is where your truly experienced expert comes into his own, with a clear idea of what he may discuss and what must be left to counsel and the court.  Examples:

But back to preparation.

An agenda ought to be agreed in advance.  I have a pro forma agenda which I try to send to the other expert beforehand, and agree just as an outline.  The court may specify the issues it wishes the experts to discuss (CPR 35.12(2)) and instructing solicitors may do likewise if they wish, but my experience after literally thousands of expert reports and scores of expert meetings is that this never happens: expert reports have been exchanged, the areas of disagreement have become clear, and those areas go straight into the agenda.

The pro forma also includes such basics as where and when we are to meet, who is to attend (lawyers?  No thank you!), and who is to take the minutes.  Actually, that isn’t a basic at all; it’s an important decision.  I remember one very difficult expert meeting where we reached that topic, and my opponent (a notorious defence expert, thankfully now retired) produced his manager and said he would take the minutes.  I agreed, provided it was accepted that he was working for us both, and provided that I received a photocopy of his notes as soon as the meeting ended.  Well, in the confusion to end a full day’s meeting, packing up the bankers’ boxes and so on, I didn’t get my photocopies. When I asked for them the next day, the manager said that he couldn’t release them until his boss had edited them (!!) and he had gone on a business trip to USA for two weeks.  That two weeks took us to within 21 days of trial.  And when I eventually received the minutes, the common issues and my reasons for matters not agreed ran to 8 pages, and he had inserted 27 pages of new argument and figure-work!  It didn’t do his client’s case any good, but it did prevent any chance of settling the case more than 21 days before trial and saving costs.  Not nice!  And I haven’t fallen for that one since.

When preparing, the experts should consider the medium they will use for discussion: teleconference?  Emails?  Skype?  The old telephone?  I usually prefer face to face – I can assess my opponent, and personalities will come into the discussion; also it is easy to recalculate something on screen there and then, and get a transcript – but costs of course must always be proportionate.

One standard item in my agenda is to confirm which reports each expert has written.  I have even known meetings where one or the other discovers that there are more expert reports than they knew about.  More often, and again a standard item, is to agree that each expert has seen the same documents.  Even though each expert report ought to list all the documents on which that expert’s opinion relies, it is surprising how often the first half hour of an expert meeting has to be spent in photocopying documents which one expert has seen and the other has not.

The experts should agree to settle each issue one by one, sticking to the agenda, and not talking about everything at once and agreeing nothing – it happens!

Lots of things can go wrong at an experts’ meeting.  Here are some examples passed to me by The Academy of Experts, where I am a fellow:

But of course the biggest clanger is Jones –v- Kaney [2011] UKSC 13, the Supreme Court case which saw an end to the expert witness’s immunity from suit in negligence.  That was about an expert meeting, and the signing of the joint statement.  Jones was a road accident victim; Kaney was a consultant clinical psychologist.   A meeting of clinical psychologists was held to agree the extent to which Mr Jones’s accident had brought on PTSD.  The other expert was Dr El-Assra for the defence.  The discussion took place by telephone, and Dr El-Assra produced the joint statement, which was damaging to Mr Jones’s claim.  Miss Kaney signed it without, she said, even reading it.  She said she was under pressure to sign.  Mr Jones sued her for negligence, and won; the age-old protection for expert witness was lost.

Speaking personally, I am not at all concerned about my competence as an expert (and I carry negligence insurance of £5million!).  Kaney performed about as badly as it is possible for an expert to perform, but we are not all like that.

Moral: when choosing an expert, don’t forget that he will probably have to organise and attend a meeting of experts, so choose your expert carefully.  It matters!

Read next blog ‘What Is The Dispute Really About?’