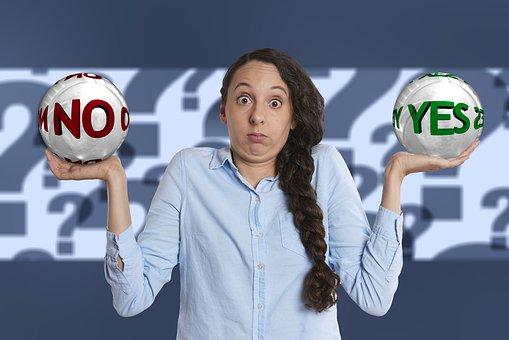 When for some years I headed up a team of forensic accountants in my old national firm, as a matter of policy I always recruited people who were brighter than me.  They kept me on my toes and were great problem-solvers.  They also worked extremely hard; the customary valediction on a Friday evening was not “Have a good weekend” but “Have a weekend”, on the assumption that not working through was the exception.

And we had great fun together, whilst getting the job done.  At one stage, we devised ten mock rules of litigation; typical was the one which said that the case reached its critical stage when the ringbinder was on the point of bursting.  Familiar?  Another was that the claimant’s idea of quantum was the amount which would repay all his debts.

Which brings me to my topic: what does the party really want out of this case?

If we are acting as straightforward forensic accountants and expert witnesses – still the bulk of my practice – we don’t get to find out, since a litigation case, with minor exceptions, deals only in terms of money.  The winner gets an award of damages and (most of) their costs, and the loser’s blood is on the carpet.  But does that always satisfy the true needs of the parties?

In litigation we will never know, but in mediation we are in a totally different ball-game.  We must explore what the parties really want out of the case, and what they can live with.  Taking an extreme example, with a really horrific case of negligence or maltreatment by the NHS, the parents of the deceased or severely handicapped child are not really interested in damages; what they yearn for is an apology and an assurance that systems have been improved so that other parents will not have to go through the vale of tears which they have endured.

A term of my mediations is that both or all parties deliver to me a mediation position statement with key documents five working days before the allotted day.   They rarely come on time, but that’s another matter.  But I do study these documents very carefully when they eventually arrive, and I plan which topics to explore and which will likely lead to a settlement.

Except it never works out that way!  I’m not saying that my careful planning is always a waste of time, but there is always something more, something which even the parties didn’t think was important, which will come out of discussions during the day.  And the real skill of the mediator is to be alert to that “something else”, and work on it to bring the parties together.

I am reminded of this quite forcefully from a mediation I did some time ago in Edinburgh.  Mother and Son were in partnership in an old-fashioned coal business in Perth, where Son heaved the coal, then collected cash from the customers on Friday teatime (before all the wage ended up in the pub!) and tipped up the cash to Mother, who did the banking, kept the books, ordered the coal, and so on.

Son became convinced that Mother was creaming off much of the cash, so he compiled a financial statement using National Statistics – impressive! – to demonstrate that his mother had stolen £253,000 from the business.  Mother was very old and frail, and she brought along her other son (who was useless) and her son-in-law.  Now, he was a real asset, because he was a tax manager at a firm of accountants.  So I set him up in a side room to mark Son’s homework, and errors were found which caused the value of the claim to fall.  But he couldn’t get it any lower than £100,000.

This was serious, because the case was listed for trial very shortly, and the legal costs would have been huge.  By this time Son had spent £10,000 with a posh firm in Edinburgh; Mother had spent a modest sum with a local firm.

As the discussions went on, the true needs of the parties emerged.  Son remained convinced that Mother had stolen partnership cash and was determined to hurt her financially.  Mother wanted two things: she wanted to go home because she was frightened of what might happen at court and – crucially – she explained to me that she hadn’t seen her 15-year old granddaughter for about three years, and that Son had even sent back her Christmas card.

So Son wanted money and to hurt Mother; Mother wanted an end to the nightmare and a chance to rebuild the family.

Discussions went on and on, but eventually just before midnight a settlement was reached.  With no admission of liability, Mother would pay £9,000 to Son.  So she could go home to Perth, and it had cost Son £1,000 to take £9,000 off his Mother.  In a funny way, they had both won, and their true needs had been met.

I happened to meet Mother’s advocate when I was next in Edinburgh, giving a lecture to the Faculty of Advocates.  He asked if I knew what had happened to Son, and of course I said no.  He then gave me the news: Mother and Son continued their coal business in Perth, but about a month after our mediation a coal truck ran away in the yard, and crushed Son to death.

Which makes one think: however important the dispute may be at the time, and however one may feel that the mediation satisfied the true needs of the parties, you never know what might be just around the corner.

Read next blog ‘The Bon Mots Of Sir Alan’