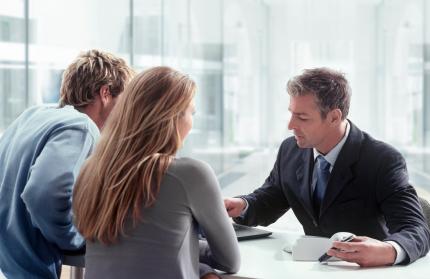 There is no doubt that mediation as an essential step in civil litigation is here to stay.  We’ve seen the Overriding Objective in Part 1 of the CPR; Lord Woolf’s early cases with costs penalties; from Halsey the onus falling on the party refusing mediation to show that their refusal was reasonable; powerful speeches from Sir Anthony Clarke, Lord Phillips and others on the value of mediation, and so on.

It won’t do; the Ministry of Justice says so.  They have to save the enormous cost of the civil justice system, and see mediation as a way of keeping litigants out of the courts.  We now have small claims mediators in most courts in the land, settling lots of claims over disappointing holidays or toasters which burst into flames, and with the small claims limit increased, compulsory mediation before a small claims hearing is allowed, the fast track limit increased perhaps to £100,000, and compulsory mediation information sessions (mandatory now in family cases) before a fast track hearing may be held.  And all that is on top of the costs changes following the Jackson report.

So now it really is getting serious; lawyers have to accept that mediation is a necessary step in civil litigation, and become adept at making best use of it.  One must address when to suggest mediation, which side should suggest it, and how to use it to benefit your clients.

The best time to propose mediation?  Try this:

“The trick in many cases is to identify the happy medium: the point when the detail of the claim and the response are known to both sides, but before the costs that have been incurred in reaching that state are so great that a settlement is no longer possible.” Nigel Witham Ltd –v- Smith & Isaacs [2008] EWHC 12 (TCC).

And after exchange of protocol letters, the issues in many cases are already clear enough for mediation to be proposed.  Indeed, mediation can be done at any stage, and there is nothing to stop the parties mediating even before any formal steps have been taken.

Which side should propose mediation?  Your side, of course, since that puts the other side at risk on costs generally, and not just within the confines of a Part 36 offer.  It’s rather like Northern Ireland, where in the bad old days it used to be said “Vote early, vote often”.  So in mediation.  To propose it is not a sign of weakness, it is a sign that you wish to do your best for your client.

As the mediation approaches, prepare carefully and insist that your client does the same.  I have a standard letter which I issue a week or so before the mediation, which includes lots of notes on how to prepare.  For example, make lists of your strong and weak points; decide on your red lines (if you must!); plan your best outcome and your acceptable outcome, and so on; then prepare the same notes as if you were your opponent, because seeing the dispute from their point of view leads to an understanding of where the common ground may lie.  And don’t rubbish the other side’s case; they wouldn’t be pursuing it if they thought they were weak.

Then brief the mediator, by providing a simple summary of the case (one page of A4 is the ideal, though it never happens!) and provide copies of key documents; but do not, repeat do not, provide the mediator with a full trial bundle.  He needs to know the big picture, not the minutiae, and the more detail provided, the less chance one has of settling.  Remember that neither side is going to win on every point; a satisfactory settlement is where both (or all) parties reach a solution they can live with.  Mediation is about needs and benefits, not about who is right.

Decide who is to attend on the day.  If the chairman of the company (or the spouse of one of the parties, or an elder in the community, or the claims manager) is the real decision-maker, ask them to attend.  They need to hear the arguments, and participate.  A mediation is very difficult if the decision-maker is absent, doesn’t hear the arguments, and makes decisions on the basis of a series of furtive telephone calls.

It is a rare mediation which requires both counsel and solicitor, and I have conducted scores of mediations without ever seeing an expert (though I’ve seen expert reports, and even though my “day job” is as expert forensic accountant).  Of course the client should attend, but if learned counsel metaphorically stands up, sticks his thumbs in his waistcoat and pleads the case formally, we know the chances of a settlement have just evaporated.  Unless your client is incoherent, ask him to describe his own case, or at the least ask him to say a few words after the facts of the case have been described by you the lawyer.

Unlike at trial, not every point should be propounded.  And unlike court, concessions can be made; the whole process is without prejudice, so nothing discussed can be used afterwards.  And it is amazing what a beneficial effect an apology can have, even one as mild as a doctor saying he is sorry that the patient is disappointed with the standard of treatment they received.  It’s powerful, and could never be said at trial.

On the day, make best use of being in the presence of your client, your client’s opponent and the other lawyer(s).  This is a rare opportunity to see the whites of their eyes, to study their body language, to assess their command of the case; and also to assess how your client conducts himself in the discussions, and how that might translate to the witness box.  Will your client be chewed up under cross-examination?  Does he realise for himself that it would be better to settle?  Better to settle now, than fall to pieces at trial?

Even if a settlement is achieved which does not win every point for your client, it is often worthwhile to assess the benefit of finality, of not wasting any more management time on litigation, of stopping the threat of an adverse costs order.  If it’s over, it’s over, and that brings its own benefits.

And if a settlement is not reached, then although the discussions were without prejudice, you will now know a great deal more about the case, so that a carefully crafted Part 36 offer can be made.  That’ll make them sweat!

So do grasp mediation with enthusiasm; you have to grasp it, so you may as well enjoy it.  It gets better with practice, and your grateful clients will thank you all the more.

Read next blog ‘The Real Value Of The Meeting Of Experts’