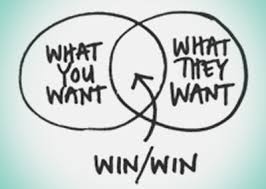 ADR stands for Alternative Dispute Resolution, being an alternative to formal litigation.  The term implies that parties and their solicitors have a choice: go down the litigation route, or the mediation route.

But is there really a choice?

I suggest not, on three authorities.

First, from the executive summary of Jackson LJ’s Final Report in 2010 we see:

“…mediation has a vital role to play in reducing the costs of civil disputes, by fomenting the early settlement of cases.  ADR is, however, under-used.  Its potential benefits are not as widely known as they should be.”

Secondly, the 2013 supplement to the White Book on civil procedure says:

“The aim is that, in general, no case should come to trial without the parties having undertaken some form of alternative dispute resolution to settle the case.” (my emphasis)

“(1)          The court must further the overriding objective by actively managing cases.

And if that were not encouragement enough, The Jackson ADR Handbook has been issued to all judges, who thus have no excuse for not knowing all about ADR; and Standard Disclosure includes an ADR direction, as follows:

“At all stages the parties must consider settling this litigation by any means of Alternative Dispute Resolution (including Mediation); any party not engaging in any such means proposed by another must serve a witness statement giving reasons with 21 days of the proposal; such witness statement must not be shown to the trial judge until questions of cost arise.”

In PGF II SA –v- OMFS Co [2013] EWCA Civ 1288 (the “alphabet soup” case!) the judge found that silence in the face of an invitation to mediate was not acceptable behaviour, and that costs sanctions must follow.

In Garritt-Critchley –v- Ronnan [2014] EWHC 1774 (Ch), Judge Waksman QC held that a failure to engage in mediation or any other form of ADR was so serious that an indemnity costs order was made.

And in Northrop Grummon Mission Systems Europe Ltd –v- BAE Systems (Al Diriyah C41) Ltd (No 2) [2014] EWHC 3148 (TCC) – another snappy case name – Ramsey J criticised a party for its unreasonable refusal to mediate, quoting from the Jackson ADR Handbook in his judgment.  The party avoided a costs sanction only because of the unusual circumstances of the case.

In PGF, all the Halsey arguments for contending that mediation was inappropriate were set out, and all were rejected by the judge.  He said that reasons put forward for declining to pursue ADR will be closely scrutinised.  In particular, where one has an ‘all or nothing’ case because one party considers they have a strong legal position, that will not necessarily avoid a costs sanction.  And looking at all three judgments, we see a list of the reasons normally given for refusing to mediate, and we see such arguments rejected by the judges.  They include being miles apart on liability and/or quantum, Part 36 offers made and rejected, total confidence that one will succeed at trial, and the failure of other attempts to settle.

But is it all gloom and doom?  Is the success of mediation purely the result of judicial bullying?  I am sure it isn’t.  As a forensic accountant and expert witness for 30 years, I have seen far too much time and money wasted in needless litigation.  And as an accredited mediator for 20 years, I have seen the other side: cases properly prepared by experienced litigators, then mediated to everyone’s satisfaction.

Let me close with a couple of references to the judgments of Sir Alan Ward when he was at the Court of Appeal.  He often gave strongly worded judgments to encourage mediation; when he retired he qualified as a mediator, and I had the great privilege of co-mediating a dispute with him (a £½million professional negligence case, which settled).   And since I had by then done almost 100 mediations and it was Sir Alan’s first, he graciously allowed me to lead.  And he was a wonderful mediator.

Back to the Court of Appeal.

“What I have found profoundly unsatisfactory… is the fact that the parties have between them spent in the region of £100,000 arguing over a claim which is worth about £6,000. In the florid language of the argument, I regarded them, one or other, if not both of them, as “completely cuckoo”… “This case cries out for mediation” should be the advice given.  “It brings an air of reality to negotiations … Mediation can do more for the parties than parties sitting at the same table but hearing it come from someone who is independent. At the time this dispute crystallised, the car was practically brand new. …perhaps a replacement vehicle…Audi’s good name intact and probably enhanced, but perhaps with each of them a little less wealthy. The cost of such mediation would be paltry by comparison with the costs that would mount from the moment of issue of the claim. In so many cases, and this is just another example of one, the best time to mediate is before the litigation begins. It is not a sign of weakness to suggest it. It is the hallmark of common sense. Mediation is a perfectly proper adjunct to litigation. The skills are now well developed. The results are astonishingly good.

Finally, there is Faidi & Faidi –v- Elliot Corporation [2012] EWCA Civ 287 where, by the time the case came to the Court of Appeal, £140,000 had been spent on legal costs concerning whether, in a block of (rather expensive) flats, the failure of the occupants above to lay a sound-deadening carpet had spoiled the enjoyment of the couple below.  Sir Alan said this:

“Not all neighbours are from hell. They may simply occupy the land of bigotry. There may be no escape from hell but the boundaries of bigotry can with tact be changed by the cutting edge of reasonableness skilfully applied by a trained mediator. Give and take is often better than all or nothing”.

Conclusion: litigators don’t really have an alternative to using ADR, but that’s no bad thing, is it?

Read next blog ‘The Worst Expert Witness: And The Winner Is…’