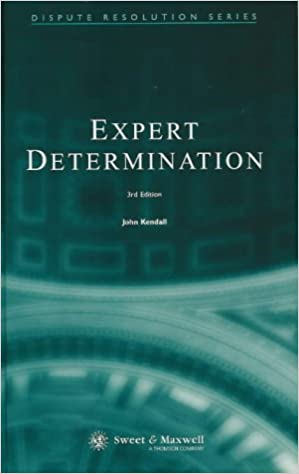 In previous articles I have written about How Many Routes to Resolution, the number of ways in which disputes may be resolved.  One such route is expert determination (“ED”) which, in my experience, is not used often enough except in dispute resolution clauses in share purchase/sale agreements.  ED allows the parties to choose an expert with the technical knowledge to understand the issues; it is confidential; the cost is usually very reasonable; and it can be fast.  One of my EDs took over seven years, largely because we were waiting for the tax commissioners’ decision on some foreign trusts but, by contrast, I have just finished a share purchase/sale ED which took only five days, including three rounds of submissions.

All in all, I am a big believer in EDs.

One of the advantages of expert determination is that it is almost impossible to challenge the expert’s decision.  It may seem odd that, after carefully prepared submissions and responses, all that the parties get from the expert is a one-line letter saying “X shall pay £Y to Z by (date).”  But the parties wanted finality, and with a non-speaking determination that is what they get.  And they get it without hurt feelings, so that it is more likely that they will do business together again in future.

Why is it virtually impossible to challenge an ED?  The answer comes from Kendall on Expert Determination, where the words of that wonderful wordsmith, Lord Denning, are quoted.  Here is the extract:

In Campbell –v- Edwards [1976] 1WLR403, decided in 1975, Lord Denning MR excluded challenge on the grounds of mistake altogether, except possibly in the case of speaking decisions.  The case was about a challenge to a surveyor’s decision on the surrender value of a lease.  The surveyor was duly appointed by the parties under the lease.  The surveyor’s valuation had been £10,000 but the tenant later found two more surveyors who said that the valuation should be much lower, £3,500 and £1,250 respectively.  The Court of Appeal dismissed the tenant’s appeal and held that the parties were bound by the honest valuation fixed by the agreed valuer.  Lord Denning said:

“It is simply the law of contract.  If two persons agree that the price of property should be fixed by a valuer on whom they agree, and he gives that valuation honestly and in good faith, they are bound by it.  Even if he has made a mistake they are still bound by it.  The reason is because they have agreed to be bound by it.  If there were fraud or collusion, of course, it would be very different.  Fraud or collusion unravels everything.”

Fraud or collusion unravels everything…  Fine words, and so very sensible.

But what if there was no fraud, no collusion, yet the valuer’s decision is so clearly wrong, or the valuer has acted in such an incompetent way that his decision ought to be challenged?

This was the situation with the Court of Appeal decision in Begum –v- Hossain [2015] EWCA Civ717.  The facts were simple.  These two ladies had set up business together operating an Indian restaurant through a limited company.  They fell out.   A settlement agreement was reached, whereby Ms Begum’s shares were to be bought by Ms Hossain at a value decided by a Mr Oxford, from a business transfer firm.  In defence of my profession of chartered accountancy, I stress that Mr Oxford was not an accountant!

There was a very precise set of instructions in the settlement agreement, and an important element was that the valuer should look at all the books and records of the business, including handwritten records of takings.  Although these records showed a very different story to the official records, one party warranted that they were a true record.  In other words, it seems that the parties had been fiddling their taxable takings, but that the valuer must consider those handwritten records.

There was more, and the – very short – judgment is a good read.  The Court of Appeal found that Mr Oxford’s valuation should be set aside, on these grounds explained by Mr Justice Roth (interestingly, the most junior member of the bench):

“The question is simply one of construction of the express terms of the Settlement.  The valuer is to arrive at a fair value of the shares, having regard to the books and records of the Company, which include the handwritten takings.  That means, as a matter of ordinary construction, that he is required to arrive at his valuation by considering the content of all those documents and not simply some of them.  If he felt that he would like the assistance of an accountant, he was entitled to obtain it at the parties’ expense.  In this case, Mr Oxford did not follow that mandate and the Valuation must therefore be set aside.  Accordingly, I would allow this appeal.”

The question is indeed a simple one.  Mr Oxford was under contract to carry out certain duties, and in a particular way.  He didn’t do as he was told.  He broke the contract by issuing a determination with reasons – first mistake – and that led the parties to see that he hadn’t used the handwritten takings records, which were warranted as being correct, and which, one assumes, would have implied a different value to that produced.

The moral is that expert determination is a skilled process, and that in choosing one’s valuer, regard should be had to their competence.  For the record, I was one of the first five experts to be accredited as expert determiner by The Academy of Experts, the only professional body which issues this qualification, and I am now an examiner in ED at The Academy.  None of my findings have ever been challenged.

Final thought: I wonder if Mr Oxford ever got paid…