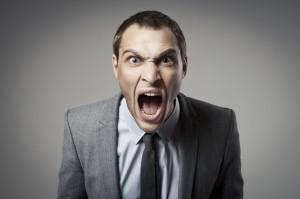 It is only natural for people to want to be heard, and that is particularly true when they have a dispute.

We all know about people having disputes, personal as well as in business.  It’s always the same; we are certain the other side doesn’t care to listen to our well-reasoned arguments, to our cool assessment of the situation, to our reasons why everything is their fault and not ours.  And, sure as eggs are eggs, the other side usually feels the same way about us.  And the louder one of us shouts at the other, the less chance that we will be heard.  So then what?

Your day in court

Human emotions are present whether the dispute is between individuals, partners or even companies.  They all involve people, and it is only natural that views become fixations when they are not resolved.  Fixations often lead to a breakdown in communication, where both sides believe that if they could only have their ‘day in court,’ a judge would see that they were right all along.

But it rarely works out that way, as lawyers know only too well.  When the day of the court hearing finally arrives, after months or even years of waiting, court procedure is formal and constraining; no-one has the chance to have a good shout at the enemy..  No-one listens to what the aggrieved party really tries to say, and the unemotional, impersonal atmosphere of the courtroom seldom gives either party the satisfaction of knowing that their complaints have been heard or understood.

Of course the court has a role if a dispute cannot be resolved in any other way, but one has to accept that a court can normally only find for one party and award an amount of money.  One party walks away the winner, with an award of damages and (most of) their costs, and the other is the loser, leaving blood on the carpet.  That can be catastrophic.  And any chance of a future relationship, business or personal, is destroyed.

This ‘day in court’ comes only after months of waiting, and many hours spent with lawyers on witness statements and other procedural matters, when the disputant would be better employed in running their business, or perhaps spending more time on the golf course.  And legal proceedings can be very expensive; I have often started mediations where the legal costs to date are significantly greater than the amount in dispute when the saga started!

I often refer to litigation as dancing with a gorilla, where the dance stops only when the gorilla decides to let go.  Not sensible; there has to be a better way.

There is an alternative

By contrast, mediation is more flexible and offers a greater freedom of expression than a court hearing.  It has many other advantages:

But what about the four-penn’orth you intended to give the other side at a court hearing?  Here is some good news: mediation actually provides a better forum for letting off steam!  A judge will never allow a slanging match in his court, but I have often conducted mediations where the parties so hated each other that at first they refused to sit in the same room.  At the first caucus, they have sounded off to me about their “enemy” in words quite unrepeatable.  This is known to American mediators as “spilling the bile”.  I’ve listened, apparently with sympathy, but let the emotions run, and then got down to the business of finding common ground which has led to settlement.  And after the rant, the party involved has felt far better about things, and in the right frame of mind to settle matters.  It really is a fascinating process, to see how attitudes change after a good shout!

So each side has ample opportunity to be heard (after the rant!) and to hear the other side in turn.  No third party imposes an outcome, as with litigation or arbitration, and both shape and agree the settlement, which can involve lots of things, not just money.

It is really satisfying to see parties who have been at loggerheads for years looking at the matter constructively, and reaching that precious settlement which has eluded them for so long.   Whilst a very small number of disputes may not suit mediation, it is usually hugely successful; my record after more than a hundred mediations is that 80% have settled, even including those where the parties started by refusing to sit in the same room.  The satisfaction of a fair outcome is far rarer at the end of a court hearing, and the parties didn’t even have their chance to shout at the enemy!

So a day at mediation can be so much better than a week in court.  You have a much better chance of being heard!