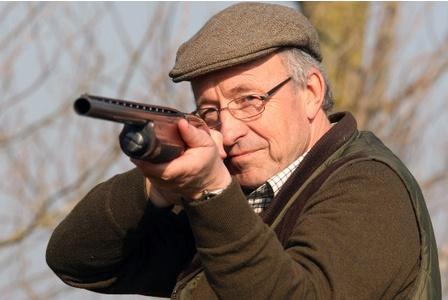 Land in the UK is a finite commodity – except on the East Coast for example, where either through natural erosion or a policy of abandoning land to the sea, our small island is growing even smaller – so it is little wonder that arguments over who owns which part of our precious Albion are emotive.

Some land of course is well worth fighting over: the narrow strip which would allow access to a huge building site worth millions, for example.  But what can cause just as much concern is the dispute between neighbours over where exactly a border runs between their properties. Such disputes can last for years at huge expense, and emotionally they can be a nightmare.

Take the case of neighbours in rural Lancashire, reported in the Daily Telegraph a little time ago.  A dispute over the exact placing of a fence had gone to the High Court, which ruled in favour of Mr Jeffrey Grundy, a businessman.  His neighbour Miss June Iddon, a 72-year old spinster, didn’t accept the court’s decision.  When Mr Grundy and his contractor began moving the fence, Miss Iddon, in a rage, seized a spade and swung it at Mr Grundy, breaking his arm.  She was sent to prison for 12 weeks, and was dragged down to the cells, protesting her innocence.

So not only would it have cost her a fortune in legal fees when she lost at the High Court, not only does she now have a criminal record, but when she is released (for good behaviour?!) she will have to go on living next door to the person she hates.

There has to be a better way of solving such cases, and indeed there is – mediation.

Of course mediation is not the answer to every situation – Halsey –v- Milton Keynes General NHS Trust [2004] EWCA Civ 576 gives a checklist – but it is remarkably effective in many cases, and the going rate for reaching a settlement is reckoned to be over 70%, even including those parties who agreed to mediate only after judicial “encouragement”.

Please allow me to describe a couple of mediations I have done on this topic, all identifying features changed to preserve confidentiality.

Business neighbours had not spoken for ten years when I was asked to mediate their dispute.  At the start they even refused to sit in the same room.  The dispute was over a yard between two Victorian warehouses.  On the low side was a motor panel beater who had traded there for many years; on the other a new architects’ practice.  The latter had constructed a mezzanine floor and modern staircases inside, and completed the facelift by laying tarmac in the yard.  Trouble was, the yard had been muddy with natural drainage.  But now, every time it rained the water ran down the slope into the panel beater’s workshop.  He couldn’t spray cars over a wet floor, and had to waste time mopping out.

Worse, the architects had marked out the yard with parking spaces, blocking a public right of way, a fire escape, and access to the workshop.

The panel beater had produced an expert accountant’s report on loss of profit of £100,000.  It was grossly inflated, and was really just a cry for help.

I took the parties out to the yard on a damp November afternoon, got them to measure up the access points and blocked markings, and eventually the architect agreed to repaint the parking spaces freeing up the right of way and access, and agreed to have a new drain constructed to take the water away.  With a modest payment to the panel beater for his inconvenience, the dispute of ten years was settled in a day.

The other example concerned a row of detached houses, “little boxes on the hillside made of ticky tacky”.  Looking from left to right there was Mr Left’s house and a drive, then Mr Right’s service strip and house with a drive to its right, and so on up the hill.

Mr Left wanted to construct a garage at the side of his house with a bedroom above, and there was doubt about where exactly the border lay between his drive and the service strip.  Mr Left asked Mr Right for the benefit of the doubt, to construct his extension up to the edge of the service strip rather than taking the mid-point of the low dividing wall; the difference was about four inches.  Mr Right adamantly refused; but when he was on holiday, Mr Left had the extension built nevertheless.

During the mediation, I knew we were in trouble when Mr Right produce a photograph of his house, showing where he believed the boundary lay.  Interestingly, there was a bedsheet draped out of the bedroom window, painted with a Union Jack and “Welcome Home, Gary”.  To be friendly, I asked “Who’s Gary?” to be told that he was his son, now dead, a soldier killed in the first Gulf War, and Mr Left had encroached on the “sacred” land where he had played with Gary as a child.

After fierce negotiations, Mr Left agreed to pull down the extension – it was only a brickwork shell – and rebuild it two inches narrower.  That would have been a good result, except that Mr Right said that he must have been Right (!) all along, so he wanted his costs.  Mr Left had no money.  The mediation failed, and no doubt the dispute rumbled on, with huge legal costs and destroyed relationships; but we got so close.

Read next blog ‘Give Us The Tools…’