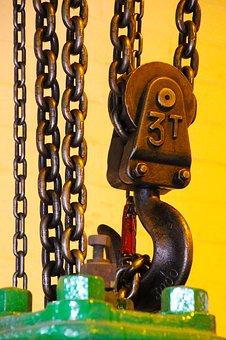 …and we will do the job.

In this case, the job is to value a holding of shares in a private company, and the tools are the details about the company which the valuer needs to be able to perform such valuation.  A recent High Court (Chancery) decision should be helpful.

The case is Cosmetic Warriors Ltd & Lush Cosmetics Ltd –v- Andrew Gerrie & Alison Hawksley [2015] EWHC 3718 (Ch).  Cosmetic is the company holding the intellectual property, and Lush is the manufacturer and retailer of those cosmetics which look like huge lumps of fudge with embedded vegetation – you’ve seen their shops.  Gerrie and Hawksley, husband and wife, owned 22% together of the shares in both companies, and wished to sell their shares.  The companies applied to the Court for interpretation of the Articles of Association in two respects: should the shares be valued as a block of 22%, giving rise to minority discounts or on a quasi partnership basis; and what information should be made available to the accountant tasked with valuing the shares?

I deal with the first issue briefly, since it is specific to this case.  The Articles said that “…the prescribed price shall be such sum per share as shall be agreed…” between vendor and purchaser, or by taking the median price determined by two independent chartered accountants, acting as expert determiners.  The Court found that, because the Articles referred to shares and not to holdings or blocks of shares, the fair value price of the vendors’ holdings was to be decided by valuing the entire companies, dividing by the number of shares in issue, and multiplying by the number of shares held by the vendors.  Thus one arrived at an exact pro rata value of the whole companies, hence no discount for minority holdings.

The second is of much broader interest, since it deals with a situation which I, and others who value companies, often encounter.  I value shareholdings quite frequently in three situations:

Indeed, I am on the panel of the President of ICAEW as an expert determiner, I was in the first batch of only five to be accredited as such by The Academy of Experts, and I now act as an examiner at The Academy for those seeking accreditation.

So for all these reasons, I am keenly interested in knowing how much information about a company I have the right to demand.

So far, I have used common sense.  My approach has been to put myself in the shoes of the hypothetical arm’s length purchaser, given access to all the information necessary to perform due diligence: fully detailed financial statements, business plans, top customers and suppliers, intellectual property, employment contracts, leases, and so on.  And as an SJE in family matters, I prepare a bespoke questionnaire so that both spouses can tell me what they know about the company.  Quite often one spouse doesn’t know much about the other’s business affairs, but each must be given the right to express their views to me.

Yet it is surprising how often I am fobbed off by parties, or even their solicitors, telling me that I can find all I need to know from Companies House.  The majority of companies filing accounts are defined as small companies, and all they need to file each year is a balance sheet, a couple of notes, and little else.  With such limited information a valuation is impossible, and I have turned down instructions where it is clear that I am to receive nothing else.

It follows that a chartered accountant acting as valuer, for either party or for both, can demand to see as much information as he regards as necessary to perform the valuation.

The judge recognised that confidentiality may cause problems, but suggested that they can normally be resolved by undertakings.  After all, all that a spouse departing a marriage normally wants is for the matrimonial “balance sheet” to be fair to both sides.  Unless a fair price can be put on the company which the other spouse is taking, how can such a balance sheet ever be compiled?  And similar considerations usually apply in commercial cases.