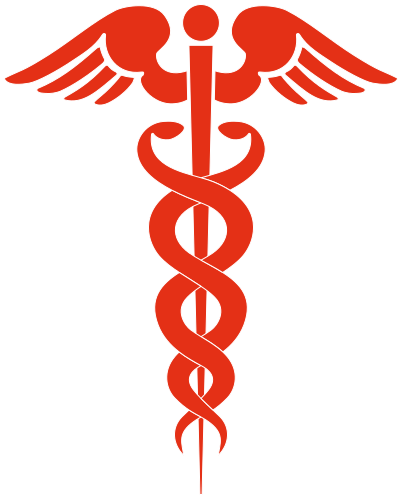 One of the most notorious, and tragic, cases of an expert getting it wrong was that of Prof Sir Roy Meadow, an eminent paediatrician, who gave evidence for the prosecution in the case of R -v- Sally Clark.  Mrs Clark, a lawyer married to a lawyer, had lost two babies through cot death. The headline to an article in the Daily Telegraph in 2005 reads: “How could an expert like Roy Meadow get it so terribly wrong?”  It starts: “It is hard to think of a more terrible wrong that Professor Sir Roy Meadow could have inflicted upon Sally Clark short of raping or murdering her.”  Sir Roy’s evidence at her trial for murder was that the chance of a middle-class family losing two babies through cot death was 73 million to one.

With that, conviction for murder was inevitable.  Sally Clark served three years, won her freedom on her second appeal, but died of alcoholic poisoning shortly afterwards.  Utterly tragic.

There were two problems with Sir Roy’s evidence.  First, as the GMC heard when taking misconduct action against him, the true figure was a far more modest 77 to one.  Second, and this is fundamental to expert evidence, CPR 35.3 (1) reads: “It is the duty of the expert to help the court on matters within their expertise.” (My emphasis)

Sir Roy was known for what was called “Meadows’ Law”, that “One sudden infant death is a tragedy, two is suspicious, and three is murder.”  But he was not a statistician; that was not “within his expertise.”  Sally Clark was not responsible for the murder of her two baby sons, yet this expert’s evidence set in train a line of events which resulted in her own death.

This is an extreme example of an expert getting it wrong and, regrettably, criticism of experts by judges is not unknown.  I see this when sitting on the Investigation Committee at The Academy of Experts though, no doubt because of excellent training there, criticism of our members is very rare.

But is it always the expert’s fault?  Apparently not.  In a recent case, it was the lawyers instructing the experts whom the judge criticised.  The case was Akebia Therapeutics Inc and Otsuka Pharmaceutical Co Ltd -v- Fibrogen Inc [2020] EWHC 886 (Pat), which was so complex that Lord Justice Arnold came down from the Court of Appeal and sat as a High Court judge in the Patents Court because of the shortage of high court judges who can hear such complex cases.

Arnold LJ referred to the case of MedImmune Ltd -v- Novartis Pharmaceuticals UK Ltd & Ors [2011] EWHC 169 (Pat) where the same judge, then at the high court, summarised the recent history of expert witness, starting with CPR Part 35 and the Practice Direction, and then the Protocol for Instruction of Experts to Give Evidence in Civil Claims, where, setting out the expectations of experts, he also emphasised the duties of instructing solicitors by putting in italics, no fewer than six times: “It is essential that both those who instruct experts and experts themselves…” or similar words.  And he ends the section with 8.1 Instructions – “Those instructing experts should ensure that they give clear instructions…”

He then goes through Whitehouse -v- Jordan [1981] 1 WLR 246 with Lord Wilberforce’s immortal words: “…expert evidence presented to the court should be, and should be seen to be, the independent product of the expert, uninfluenced as to form and content by the exigencies of litigation.”  We see those words running through the Ikarian Reefer and into CPR Part 35.

Clause 107 of MedImmune could hardly be clearer:

That was Mr Justice Arnold in MedImmune in 2011.  So what went wrong in Akebia in 2020?  Well, this case was enormously complex, as I say.  Patent law is particularly complex and, as Arnold LJ said, there are often eminent academics chosen as experts who know the complexities of their subject, but not necessarily of patent law.  So it is often necessary for lawyers to work closely with their experts, perhaps even drafting parts of the expert’s report.  And it can be advantageous to instruct experts in sequence (“sequential unmasking”), first asking their opinion on common general knowledge, then on the prior art, and finally as this is applied to the patent being considered.  Thus the expert would not know what conclusion on the patent he was asked to reach, and he would not make his conclusions fit the desired outcome.

Apparently this was not done, nor was there a technical manual so that all experts could work to the same language and agreed principles.  But, worse, one Professor did not exhibit his CV to his report, and he did not address issues in one of his learned articles which may have had an influence on his conclusions in this case.  These are basic errors which, as the judge said, should have been remedied by instructing solicitors.

Does all this matter?  Well, it did for the Claimants, since the judge found that the patents they thought they held were found to be ineffective, and these were important (and valuable) patents concerning anaemia etc.  And in the sort of cases which you or I are generally involved in, such basic errors should not be made by an expert who knows what he is doing, who has taken the trouble to learn how to be an expert as well as knowing his own profession very well.

But these cases do emphasise the importance of lawyers instructing their experts properly, or they could be the target of such words as Arnold LJ used in clause 1 of his judgment in MedImmune: “It is vital that the task of the experts is not made more difficult by the lawyers than it need be.”

Read next blog ‘Is An Expert Determination Always The Final Answer?’