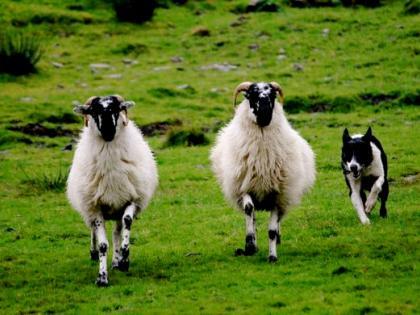 As a forensic accountant I am often required to assist the Court by expressing my opinion on the “might have been” – on the reasonable balance of probabilities, what would have happened to a business but for the interruption suffered by the index event – fire, theft of intellectual property, death or personal injury of the proprietor.  The Court has the duty to award a sum of money which, so far as money can, will restore the status quo ante – the position as it would have been but for the index event.

This is made clear in the leading case of Bradburn –v- Great Western Railway [1880] 5 App Cas 25 at 39, where Lord Blackburn, using suitable Victorian language, said this:

“I do not think there is any difference of opinion as to its being a general rule that, where any injury is to be compensated by damages, in settling the sum of money to be given for reparation of damages you should as nearly as possible get at that sum of money which will put the party who has been injured, or who has suffered, in the same position as he would have been in if he had not sustained the wrong for which he is now getting his compensation or reparation.”

How does this apply in the case of a farmer injured in a road traffic accident?  The answer is, as with any business, that the expert accountant must thoroughly understand the business, and then apply his skills and experience to say how the status quo ante may be restored.  I can illustrate this with a couple of farming cases in which I have been involved.

In the first, a Welsh sheep farmer was injured and could no longer tend his flock.  To mitigate his loss he might have been expected to sell the farm, but that would have been at a huge loss, and the duty to mitigate must be reasonable only.  Selling a farm he could no longer work, and when land prices were down, would have been a step too far.  So my opinion was that he should be awarded a lump sum to provide an annual amount enabling him to employ a farm labourer – “buy” him a man, and the status quo ante was restored.

The second was more complex.  This claimant was a workaholic; he ran an arable farm of 180 acres, laid his own hedges and cleared his ditches, and made a modest profit.  But he also had a plant hire business; he renovated plant and traded in anything from diggers and tractors to tower cranes; he converted disused farm property into habitable cottages for rent; he converted disused buildings into science parks for rent, and he was even, at the time of the RTA, renovating the family’s Grade II listed mansion.  After the accident he still had all his business ideas and connections, but could no longer do the heavy physical work at the same rate as before – typically 100 hours each week.

My opponent looked at the farm and plant hire accounts, saw a modest profit, and said that this should be the multiplicand for future loss; but this approach ignored all the other work being done by the claimant, particularly the creation of future rental income by conversion of property into science parks.  I recognised that he still had his faculties and his mobile, and was able to do deals, but physical labour was beyond him.  So my approach was the same as with the sheep farmer: buy him a man, and the status quo would be restored.  I reckoned that a lump sum from the Ogden tables to produce £18,000 per annum would put him right.

The matter went to trial, and the judge agreed both with my approach and with my annual sum – exactly.

This deep understanding goes far beyond farmers’ personal injuries.  For example, I was recently instructed to value a high-class Indian restaurant in Newcastle upon Tyne, as single joint expert.  One side didn’t like my valuation, and applied to the Court to have their own expert, under the Daniels –v- Walker procedure.  The judge refused the application, but said that I may respond to the other expert’s report if I wished.  I certainly did; it was based on comparators (nothing wrong with that) except that those chosen were in the North West, about 140 miles from Newcastle, and included takeaways.  One must ask, how relevant is a takeaway in Blackpool to a restaurant in Newcastle?

I had taken the trouble to understand the business, and my opponent hadn’t.  As soon as my comments were disclosed, the case settled at exactly the value in my original report.

Whether valuing a business or projecting lost profit, the expert must take the trouble to understand how unique is the business, who are its competitors, its fixed and variable expenses, its potential market size and the share of that market it could aspire to win, stepped costs, internal and external limiting factors, dependence on key personnel, possible obsolescence of the product, and much more besides.

And, of course, the same considerations apply when valuing a business for matrimonial purposes.

The moral is clear: with a personal injury or indeed any business interruption case, your expert must take the trouble to understand the business, and then, but only then, reach his opinion on what is needed to restore the claimant’s position.  Similarly, with valuations, a deep understanding of the business is essential.  Looking only at the numbers on the annual accounts is very unlikely to give the right answer!