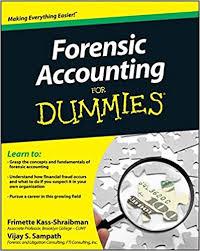 It is said you can see the rubbish on the beach only when the tide goes out.  Similarly, much financial crime is discovered only when a company’s funds have run out.  And in these straitened times, financial crime is more prevalent.  Where normal income dries up, the impecunious but honest individual may ask himself: Who can I sue?  But the dishonest one will ask himself: From whom can I steal?

There is also the sheer greed of criminals.

Greed and the money having run out featured in one of my early cases as a forensic accountant.  How many of you are old enough to remember Barlow Clowes?  It was an early Ponzi scheme (like Bernard Medoff with a couple of noughts off the end!) and it went into liquidation with £150million of investors’ funds missing.  Barlow Clowes boasted that they invested only in gilt-edged stock, good for widows and orphans, but the truth was very different.  They paid over-the-odds returns and refunded investors’ money, but had to sell more and more investments to do that, as well as stealing the funds to buy Bentleys, Porsches, office blocks, the Spa at Scarborough, a brewery, vineyards, and even a yacht from Christina Onassis for $3.5million!

The SFO produced funds flow charts – hundreds of them – and I was instructed to defend the chairman by demonstrating the extent to which he had authorised the transfer of funds from client account to office account, and on to improper means.  I put together a team of six forensic accountants, devised a set of standard questions so that they could all help compile my evidence, and my report of 43 ringbinders was served on the SFO, who agreed it.  Amazing!  The outcome was that Peter Clowes the MD (not my client) was jailed for 10 years, and my client the chairman was found not guilty on all charges.

If ever a case needed forensic accountants, this was it.

Similarly with the Rotherham mouldy chicken case.  A rendering company was tasked with cutting up dead poultry for Pedigree pet food, and rendering down what remained.  The managers of the rendering company picked out the “choice” cuts and sent them to a secret factory in Rotherham where they were dipped in acid then brine, shrink-wrapped, and sold to local butchers and low grade supermarkets. The quantities were enormous, and so was the paperwork.  Environmental health officers had lots of disgusting photos and many rooms full of seized financial records.  I don’t know a lot about chickens, but I know just a little about financial records – especially those we seized at the rendering factory, protected by armed police!

Again with my team, I found that the scam was on a national scale, and the profits enormous; not hard to visualise with pet meat at 1p per pound and chicken allegedly for human consumption at £1 per pound.  Based on our evidence, the prosecution got 7 convictions, with sentences up to 7½ years.

On a lower scale, I have acted for prosecution or defence on cases involving club stewards, sub-postmistresses, care home staff stealing pocket money from residents, and so on.  Then, of course, there are the drug traffickers.  My biggest failure was acting on instructions from Jonathan Duff (later the first solicitor jailed for money laundering) whose client was accused of importing £100million of cocaine by light aircraft.  Interviewing him in Strangeways I could see that he had no valid defence; he is now well into a 25-year sentence.

Conversely, a professor at a northern university was accused by his students of stealing funds on a field trip to the Caribbean.  I looked at his records, and they were amazingly accurate.  So what had gone wrong?  The vice chancellor asked me to dig further, and my enquiries revealed that a lecturer had been disciplined by the professor, and bore a grudge.  He was responsible for finding work placements for the undergraduates, and so found it easy to “persuade” the students that they wouldn’t get a good placement unless this false accusation was made.  The lecturer lost his job; how unfair it would have been, but for my work, if the professor had been sacked.

Space doesn’t allow me to write about the many Asset Recovery cases I have worked on, including that where my evidence reduced a claim by the Met of £1.7million to £30K; perhaps some other time.

Two closing points, if I may.  The first you will well know: that there is no duty to report fraud to the authorities. Where the FD has stolen so much that a company faces insolvent liquidation, the main aim must be to recover as much as possible, and quickly.  Report matters to the police and the chances are either that they won’t be interested, or that they will seize all the records for ages, thus removing the evidence you need to make recovery.  So consider appointing a forensic accountant to look at things first; a good one, who will look without destroying the evidence for a criminal prosecution or civil recovery.

Lastly, looking at the title above, not every case does need a forensic accountant.  But how do you know?  The answer is to have a good relationship with a forensic accountant who doesn’t set his taximeter as soon as he starts work.  I offer an initial review without obligation: show me the key documents, I will review them and tell you if I can add any value to your case.  If not, there is no charge whatever.

When did you last hear a no-cost offer, from a forensic accountant of all people?

Read next blog ‘How Can You Really Be Heard?’