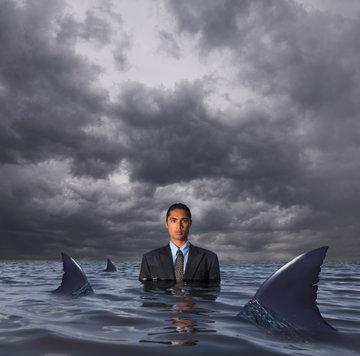 As I write this, David Cameron is getting into increasing difficulties over his relationship with the failed financier Lex Greensill, there are problems over senior civil servants having paid jobs in the private sector, and even Matt Hancock has problems over his family connections with a firm which provided PPE to the NHS.  And then we have Sir James Dyson apparently asking Boris Johnson for special tax treatment for his employees who produced ventilators in the early days of covid.

There’s a pattern here: actual or perceived conflicts of interest can be fatal to one’s case.  And that of course is important with your choice of expert in litigation.

Let’s bring this down to my level.  Some years ago, I acted as mediator in a landlord & tenant dispute, over a cottage way out over the Yorkshire moors.  I found that the owners of the cottage were the parents of a young lad who used to play cornet in a youth brass band which I conducted for many years.  Now, this had nothing whatever to do with the dispute or with my competence as a mediator, and I hardly knew the parents; but just think how fatal to the process it would have been if the other party had discovered that connection during our deliberations.  So I did the obvious: I declared a tenuous conflict to the other party and his counsel, they were happy, we got on with the mediation and we achieved a settlement.

Moral: if there is any doubt at all about one’s independence, bring it out early and place it on record.  Sadly, that didn’t happen with a case recently.

This was Bux v The General Medical Council [2021] EWHC 762, an appeal heard in the High Court by Mr Justice Mostyn (with whom I worked when he was at the bar) where Bux was appealing his removal from the GMC register.

The Medical Practice Tribunal had “made findings of fact that the appellant had acted in a state of conflict of interest, dishonestly and for financial gain.”  They listed the reasons thus:

i) that the appellant acted in a state of conflict of interest by accepting instructions (through an agent, Medico Legal and Litigation Services Ltd (“MLLS”)) to prepare medico-legal reports in respect of holiday sickness claims, from a firm of solicitors (AMS Solicitors Limited (“AMS”)), in which his wife, Mrs Sehana Bux, was a salaried partner;

ii) that in one case he gave a deliberately false answer (in a reply endorsed with a statement of truth) to questions posed to him as an expert under CPR 35.6;

iii) that he made diagnoses without proper evidence, without identifying the existence of a range of opinions, and had in his reports failed to follow the requirements of CPR Part 35; and

iv) that he improperly performed a circumcision procedure in the community and in so doing failed to recognise or advise in terms of the risk of doing so.

“In my judgment the MPT was correct to reach the conclusion that it did. I reiterate: a conflict of interest will arise when an expert witness’s opinions are actually influenced, or are capable of being influenced, by his personal interests…… In this case the MPT had abundant evidence which demonstrated the following facts:

i) As an expert witness the appellant owed to the court a duty of independence and objectivity.

ii) On the other hand, the defendant had a personal interest in keeping up to speed the lucrative throughput of medical reports the benefit from which accrued not only to himself but also to his wife. She was a co-shareholder in the company to which the proceeds of the work were paid, and was a partner in the firm of solicitors providing him with the work.

iii) In 2016 it was abundantly clear to the appellant that he had to disclose his marital relationship not only to the defendant’s insurers but also to the court. This was clear to the appellant not only from the terms of the codes of guidance to which he was subject, but also as a result of the letter written in 2011 by the MDU. But he made no disclosure.

iv) The appellant had on 12 May 2017 signed replies to CPR 35.6 questions, endorsed with a statement of truth, which were completely false.

In such circumstances, in my judgment, it would have been perverse and wrong for the MPT to have decided anything other than that the appellant had an actual, serious, conflict of interest of the first type. I am satisfied, notwithstanding the presence of some linguistic confusion, that this is what the MPT decided.”

To repeat his lordship: “a conflict of interest will arise when an expert witness’s opinions are actually influenced, or are capable of being influenced, by his personal interests.” (my emphasis)

With another case I can be brief, though the message is just as powerful.  And the case is just as emotionally powerful as the George Floyd/Derek Chauvin murder trial.  An expert witness to the Grenfell Tower public inquiry is advising on how the council landlord handled fire risk when it is learned that his own son works for the council as its head of fire safety.

This was addressed properly, according to a statement from the enquiry: “Colin Todd informed the inquiry of his son Keith Todd’s intention to take up employment with RBKC at an early stage. Keith Todd will not be involved in any way in advising RBKC regarding evidence it gives to the inquiry about the Grenfell Tower fire and … Colin and Keith Todd will not discuss in any way fire safety matters relating to RBKC.”

This was the correct action, and it should see an end to accusations of conflict.  No guarantee, but those involved did declare a potential or perceived conflict at the earliest opportunity.

Similarly for your experts, being seen to be whiter than white is a basic requirement.

Read next blog ‘Is Your Expert An Amateur?’